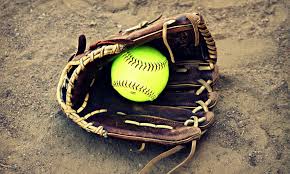 Brian “PI” Leclerc of Berlin passed away peacefully surrounded by his loved ones on November 18, 2019.  He was 56 years old.

Born in Berlin on December 6, 1962 he was the son of Paul and Theresa Leclerc.  He attended Berlin High School and received his associates’ degree at the Community College.

Brian was a lifelong resident of Berlin and spent his career working in the local Mill.  He was a loving father to his two daughters and enjoyed spending time with them.  He also enjoyed spending time with friends, playing cards, pool, skiing, and hiking.  He was an avid sports fan and enjoyed playing and watching all different types of sports; however his greatest love was softball, whether it was playing, coaching, cheering or umping he was happiest when on that Diamond.

He leaves behind his two daughters; Sarah Leclerc and significant other Ben of Hudson, MA and Emily Leclerc and fiancé William of Deforest WI; his parents Paul and Theresa Leclerc of Berlin; his four brothers Steven Leclerc of Colorado Springs, CO; Michael Leclerc of Milan, Mark Leclerc and wife Lynn of Gorham and Keith Leclerc of Webster NH; Several aunts, uncles, nieces, nephews and cousins.