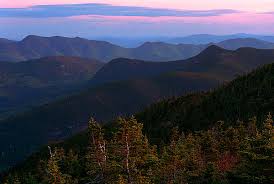 Denis Roland Baker, formerly of Berlin, passed away peacefully with his family by his side in Maine.  He was 61 years old.

Born in Berlin on September 26, 1957, he was the son of Roland and Georgette (Arsenault) Baker.  He graduated from Berlin High School in 1975 and continued his education at the New Hampshire Technical College and then completed his Bachelor’s Degree in Forestry at the University of New Hampshire.  During his years of schooling, he had the opportunity to work as a Forest Ranger for the Mount Washington National Forest, also care-taking at Tuckerman’s “HoJo’s”.

Denis began his career as a Forester in Montana.  He then moved back to the East Coast where he began his career in the Mill industry in the forestry division working for several owners of the Rumford Paper Mill.  Following his work in the paper industry, he became the Irving Forest Products Dixfield Sawmill Log Procurement Manager.

He was an avid outdoors man; he had a lifelong passion for hockey and skiing.  He was a true Mountaineer from skiing, hiking and rock-climbing.  His greatest adventures happened in the Canadian Rockies, High Sierras, Cascades, Himalayas, French Alps, Swiss Alps, New Zealand, Tuckerman’s, and Alaska.

He is predeceased by his parents.

Denis leaves behind his wife of 30 years Barbara Smith-Baker of Weld, ME; his sister Monique Davidson and husband John of Port Ewen, NY; mother-in-law Fay Smith of Hebron, ME; sister-in-law Elizabeth Smith and husband Peter Joyce of Reno, NV; brother-in-law Darrell Smith and fiancé Kim Stowell of Omaha, NE; nieces and nephews Matthew and Alyssa Davidson and Lena and Bartlett Smith; and cousins.

A Mass of Christian Burial will be held on Saturday, April 6th at 1:00pm at St. Anne Church of Good Shepherd Parish in Berlin.  Interment will follow at Mt. Calvary Cemetery.

Donations in his memory may be made to Androscoggin Home Health and Hospice, 15 Strawberry Avenue, Lewiston, ME 04240.