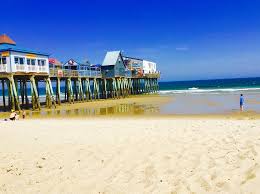 Gerard “Gerry” Coulombe of Berlin passed away peacefully surrounded by family on Monday, July 15, 2019.  He was 74 years old.

Born in Berlin on August 28, 1944 he was the son of Albert and Alice (Ramsey) Coulombe.  Gerry attended Berlin Schools and graduated in 1963.  He was employed in the maintenance department for James River Corp.  He also served as President of Local 75 Union.

On April 29, 1967 he married Arleen “Babe” Remillard and together they raised three children.

Gerry loved to be at the Ocean and was an avid New England Sports Fan, Red Sox, Bruins and Patriots.  He also enjoyed playing poker with his friends, however nothing gave him greater joy then spending time with his family.  He was a loving husband, father, grandfather and great-grandfather.

Besides his parents he was predeceased by his brother James Coulombe.