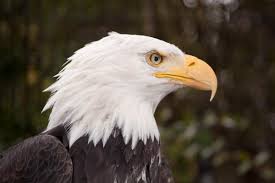 Lawrence Jean Guay, 86 years old, of Gorham, New Hampshire, passed away on Saturday, August 4, 2018, at Dartmouth Hitchcock Medical Center in Lebanon, New Hampshire after a brief illness.  His wife and children were with him at his bedside.

Lawrence was born in Berlin, New Hampshire on August 9, 1931 to Ernest Guay and Florida Chenard Guay.   He graduated from Notre Dame High School in 1952, then the following year, obtained a cryptography clearance in the US Army, before serving in the 22 Signal Group in Korea.   In 1956, he married Yolande Fleurquin from Montreal, Quebec and they settled in Berlin, NH.    In 1966, Lawrence moved his growing family to a larger home in Gorham, where he lived the rest of his days.

Lawrence, or Larry, as many called him, worked at the local Pulp and Paper Mill for 42 years.  But this was only one of many roles Larry would take on over the years.   Lawrence was also involved with the local VFW, American Legion, Korean War Association, and Knights of Columbus, rising to the status of Navigator of the Fourth Degree Knights.

As a side business, Lawrence and Yolande operated Guay's Used Furniture and Antiques.  The old barn connected to their home served as the store, where Larry and Yolande sold Army surplus, antiques, furniture, estate items, and just about anything.   In 1974, Lawrence attended Reisch Auction College in Mason City, IA, and once he was licensed as an auctioneer, their side business became Guay's Surplus and Auction.  Eventually, more space was needed, and Larry and Yolande, with the help of their kids, built a large Auction/Storage House behind their home.   Larry was a masterful auctioneer, fast talking and tongue twisters were no match for him, in English or in French.  He did auctions for many people, organizations and estates through the years.

In 1978, a local politician urged Lawrence to run for the NH House of Representatives.  Lawrence did so, and won.   He would go on to serve 26 years in the House of Representatives, holding various positions such as Assistant Majority Whip, Chairman of the NH Board of Auctioneers, Vice Chairman of Science and Technology, and Vice Chairman of State, Federal, and Veterans Affairs.   He also served on the American Legislative Council, Consumer Affairs Committee, Science and Energy Committee, and was appointed to the Eastern Council of State Government.   Lawrence was an integral part of the formation of the NH/Canadian Trade Council, of which he served as Chairman for several years.  The Council would frequently meet in Quebec City, and as he was very comfortably bilingual, he was often able to ease any communication gaps.   Occasionally the Prime Minister of Canada at the time, Jean Cretien, would attend the Council meeting.    (We think Jean may also be Lawrence's cousin, a few times removed).

Lawrence loved to help people, whether it was maneuvering through the political system, where to go for solutions, fatherly advice, or  needing free furniture for young family just starting out.    Larry also obtained his Advanced First Aid certification and, for a while in his spare time, along with his wife, volunteered on the Gorham Ambulance Service.

Politics was Larry's passion, and he frequently campaigned for others in local, state and federal elections.   He was often sought out for input from candidates, because of his knowledge of what his citizens need and want, and because of his ability to see beyond the smaller picture.   He has had lunch at the White House with President Jimmy Carter, and in 1989, after changing political parties, attended a ceremony and reception at the White House with President George H.W. Bush.   Lawrence has worked closely with numerous Senators, Congressmen, Governors, and other political officials in every level of government, from different parties, and occasionally from different countries.   He was scheduled to meet with George W. Bush at Pease Air Force Base on September 12, 2001, but the world skipped a beat the day before, and all our lives would be changed forever.

In 2002, Larry was diagnosed with prostate cancer, but even the radiation treatment did little to stop any of his weekly trips to Concord.   In 2004, however, he was diagnosed with a rare form of ethmoid sinus cancer.   After the 13 hour, first of its kind surgery at DHMC, followed by 33 radiation treatments, this cancer cost Larry his left eye as well as part of his nose.   To make matters even worse, his left eye was his "good" eye.   Larry attended the Veterans Blind School in Connecticut, which taught him some tools on living with "low" vision.

In 2007, Lawrence was diagnosed with salivary gland cancer.  A second major surgery followed, involving a neck dissection, removing glands and lymph nodes, followed by months of radiation therapy and chemotherapy.  Despite the frustration, the temporary loss of his voice, the temporary need for a feeding tube, and the inability to do most of the things he loved, he refused to allow illness to sideline him.   Though he could no longer drive, and had to give up his Legislative Seat, his Auctioneer's Hat, and had already retired from the mill, he was still able to participate in local politics, where he served on the Planning Board and Budget Committee.

Lawrence's medical challenges only made him more determined to work towards improving the status of Veterans Benefits, particularly those of Disabled Veterans, who frequently did not know where to turn.    Even through his 80s, after several hospitalizations for pneumonia and strokes, he could still be found in his office, sitting at his PC or on his lap top, or on his 24 inch tablet, researching Veterans Affairs, or the latest technology, the newest discovery in outer space, the most interesting medical breakthrough that he can bring up at his next doctor's appointment, or the Ancestry of his grandfather's side of the family.

Even though Lawrence's passion was politics, and helping people was at his core, his heart belonged to his family.   He enjoyed spending attending school functions, and telling his kids stories of his childhood and those of his ancestors, or just tucking his kids in at night.   Occasionally, he would bring out the harmonica and show off his skills, sometimes with the embarrassing "dad jig."   Despite being terrified of water, Lawrence enjoyed taking his family camping at Old Orchard Beach and at Niagara Falls when they were younger.

In 1998, when Larry's youngest daughter and his only grandchild, Jeffery, moved to Gorham to live in the apartment above him and Yolande, Lawrence was ecstatic.   As Jeffery is still his only grandchild, of course, Pepere Lawrence (and Memere!) spoiled him on a daily basis.   They enjoyed camping in Maine, and once again, out came the harmonica and the "dad/pepere jig", as well as the old stories, but Lawrence's stories also included tales of Jeffery's mom as a child, as well as her brother and sister, their cousins, and other family members.   He will be missed immeasurably, though we know new adventures await him and he is excited to get started, so there is some comfort in that.

Funeral Services will be held at Fleury Patry Funeral Home in Berlin NH on August 10th at 1pm, with visiting hours from 11am-1pm, and a private burial with military honors to follow at Mt Calvary Cemetery.

In lieu of flowers, donations may be made to the VFW or the American Legion.

To send flowers to the family or plant a tree in memory of Lawrence Jean Guay, please visit our floral store.