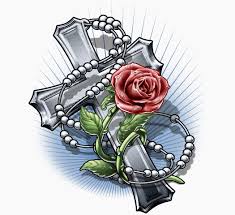 Doris M. Dupuis, 97, Berlin, died after a period of failing health on Wednesday January 8, 2020, at St. Vincent De Paul Nursing Home in Berlin.  She was born on September 9, 1922 to Joseph and Virgina (Boissoneau) Lambert.  She was raised in Berlin and attended St. Regis Academy.  She married Fernand J. Laplante on December 15, 1942 at St. Anne Catholic Church.  She raised three children while working as a tester in the research department at the Brown Company and later as a nurse’s aid at St. Louis Hospital, AVH, and St. Vincent De Paul nursing home.  Fernand passed in 1974 and Doris married Gerard Dupuis on June 27, 1995.

Doris was an active member of the St. Anne parish.  She was a member of The Ladies of St. Anne, and volunteer at RSVP as well as a sacristarian at St. Anne Catholic Church.  Her Catholic faith was a very important part of her life.   She loved spending time in nature, especially at the beach and at camp.

A Mass of Christian Burial will be celebrated on Saturday January 11, 2020 at 1:00pm at St. Anne Church of Good Shephard Parish.  Interment will follow at Mt. Calvary at a later date.  There will be no calling hours.  Those who wish may make donations in memory Doris Dupuis to St. Vincent de Paul Activity Fund, 29 Providence Ave, Berlin, NH 03570.

To send flowers to the family or plant a tree in memory of Doris M (Lambert) Dupuis, please visit our floral store.